Linkage’s Women in Leadership Institute may have just concluded in Anaheim, California, but according to our Twitter feed, it appears the impact this immersive learning Institute has made continues to reverberate.

We’re not surprised that Geena Davis, the founder of The Geena Davis Institute on Gender in Media (and yes, she’s also an Academy Award-winning actress who has starred in such movie classics as Thelma & Louise and Beetlejuice, among others) was such an inspirational keynote speaker. 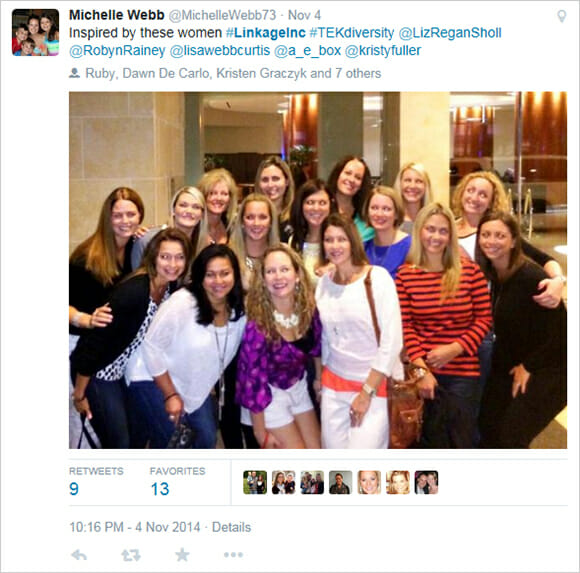 And as you can see in Michelle Webb’s tweet above, the chance to share the experience with other like-minded women was just as inspirational.

Everyone loved the way Mt. Everest climber and leadership expert Alison Levine talked about fear and failure (and success too) during her keynote.

The competency-based learning sessions also got people thinking and tweeting. As you can see, attendees are leaving with a much better understanding of negotiating conflict, coaching for development, building presence, and leading the future.

So, if you were at WIL this year, we want to hear from you. Please share your thoughts from the Institute below.

And if you weren’t there this year, most of this year’s class will probably agree, you should be there next year.