A recent post about apologies written by Molly Fitzpatrick on Forbes.com got me thinking.

“We aren’t robots with a 100% accuracy rate,” Fitzpatrick writes. “We are humans. We are fallible. Even the most organized and efficient employee messes up from time to time and disrupts the workflow.

“Whether that mistake is ours as an individual, involves our team, or reflects on the whole company, an apology is in order. Sometimes, the simple words ‘I’m sorry’ are enough.

“But usually, we need something that goes a bit further. A real apology actually has three parts, and goes like this: ‘I’m sorry. This is what I did. And this is what I am doing to correct it.’ Sounds like a no-brainer, right?”

But as we’ve seen with Donald Sterling, the soon-to-be-former owner of the LA Clippers, many people, especially public people, don’t follow the basic rules of apologies. They only make things much, much worse. In Sterling’s case, he did not claim responsibility in his “apology interview” with Anderson Cooper on CNN, or even the ownership, of the racist comments he was recorded saying. And he did not explain how he was going to change in the future.

And while most of us don’t have too much in common with Donald Sterling, we all make mistakes.

We work and live with people who make mistakes. We need to make things right. And we need to move on from being “wronged” as well. Using the three steps described in Fitzpatrick’s article is the best way to repair all sorts of relationships. No one is perfect. We must own our actions. But, what if an apology is rejected? As much as we need to occasionally give apologies in the workplace, we need to be able to accept them as well.

Picture yourself in a conversation with a co-worker you may or may not like on any given day. They miss a deadline and the outcome of their error is a lot more work on your desk. They come by and say, “I am really sorry. I wasn’t able to deliver on time because I didn’t realize that was the deadline. In the future, I will confirm with you so that the expectations can be clear between us.”

Well, that is a great apology, succinct, corrective and not based on any agenda. So what do you do? Accept the apology at face value and let go of the anger and other feelings that may be bubbling over due to the extra work you have to do? Or, do you “accept” the apology to your co-worker’s face and then continue to talk behind his or her back like many people do? We call this “venting” to excuse ourselves from what we’re really doing—talking behind people’s backs—and that’s disrespectful and unproductive.

So, what’s the secret to skillfully handling apologies—and really all potential workplace conflict? It’s actually pretty simple. Most successful leaders are able to do the following in the moment before reacting:

Then after the conversation:

So, be honest, have you ever “accepted” an apology and then ripped the person to others or in your mind? How’d it feel? 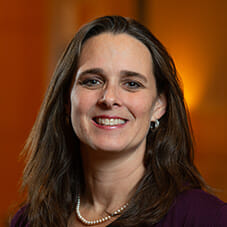 Shannon Bayer is a Director of Workshops and a Principal Consultant at Linkage. She specializes in providing facilitation and program design for innovation and change leadership. She also works with organizations to improve team effectiveness, negotiation, and coaching. Follow her on Twitter @ShannonJBayer.

Shannon Bayer, JD, is the Vice President of Revenue at Linkage. In this role, she oversees the team responsible for selling Linkage’s comprehensive suite of leadership development solutions. She partners closely with her team to foster and grow client relationships that are focused on creating the optimal solution for each organization based on their talent development goals.

Shannon also serves in a client-facing capacity as Principal Consultant, where she brings 10+ years of facilitation experience. She is highly regarded as a top-notch facilitator who is ready to respectfully challenge the status quo and take leaders to the next level. Shannon brings an in-depth expertise and a passion for designing and implementing programs focused on advancing women in leadership—and empowering each leader with the knowledge they need to transform how they show up in their role and drive change in their organization.

How to keep high-performing teams performing