The refreshing power of a “reluctant” leader

In her fascinating book, The Allure of Toxic Leaders, Jean Lipman-Blumen addresses the reality and nature of toxic leadership. She describes a set of destructive behaviors that characterize toxic leaders, one of which is that they consciously feed their followers illusions that enhance their own power and mislead them through deliberate untruths and misdiagnoses of issues and problems—toxic leaders deliberately distort reality for their own gain.

She goes on to explain why people choose to follow and tolerate toxic leaders. Simply put, she points to our own anxiety—our existential angst as well as our situational fears—that makes many of us vulnerable to the grand (and often grandiose) illusory promises of toxic leaders.

In the Volatile, Uncertain, Complex, and Ambiguous (VUCA) world of today, we often—consciously or unconsciously—seek out those things or people that will assuage our fears and assure us of safety. The allure, so to speak, of toxic leaders is that they offer us the illusionary promises of safety for which we all long.

And this makes what’s happening with the University of Texas football program so remarkable.

The masses of the University of Texas faithful have been flailing in an unexpected sea of fear, anxiety, and uncertainty. A team that won multiple national championships and no less than 10 games a year for almost a decade (2001-2009) has not won 10 games in a season over a four-year stretch. A perennial leader of chart-topping recruiting classes, the program is now an example of how the mighty fall. And to make matters worse, in-state rival Texas A&M has dominated recruiting two years in a row in the SEC—arguably the premier conference in college football. Accustomed to being a Division I juggernaut and a holy mecca of recruiting, Texas fans are in a VUCA mess as they grapple for answers and solutions to get back on top.

Then, in walks a new head coach—a relatively unknown, albeit successful, former coach at Louisville—Charlie Strong. “We have everything available, and I don’t know why we can’t be successful,” he recently said in a press conference. “There’s no reason for us not to be. Now, I can’t tell you how soon it’s going to be. Don’t hold me to that. Don’t say, ‘Ooh, coach said next year we’ll be in the national championship game…’ We will not be in the national championship game.”

What!? Did he just say what I think he said!? Yes—you heard right, no grand predictions of winning a championship in the upcoming year from this new coach.

This small comment has made quite a splash in the media. And the reason—because Longhorn fans, big donors, the athletic director, and the entire UT community want to have their anxieties, worries, and fears relieved—is hardwired into our human psyches. In times of fear and uncertainty, we look for leaders to step into the chaos to bring order, peace, and re-establish our sense of security.

The risk Coach Strong took in making this statement should not be overlooked.

If you take a moment to imagine the overwhelming forces impinging upon the first African-American man taking the reins of arguably the most prominent college football program in America, it quickly becomes clear how courageous an act it was for him to speak so frankly.

He did not succumb to the overwhelming temptation to feed his followers with an unrealistic hope—the “illusionary promise” that we have come to expect. He exemplifies what Lipman-Blumen calls the “reluctant leader.”

Now, of course he was not reluctant to take the $5 million salary for 2014—let’s not kid ourselves. By reluctant, she means a leader who dis-illusions us and discomfortingly pulls the scales from our eyes. These leaders see leadership as a responsibility rather than a privilege. They don’t let us hoist them up and herald them as THE answer to our daunting and terrifying realities. They don’t make unrealistic promises. They have the rare ability to objectively and courageously clarify reality, frame realistic expectations, and engender resilience and prudent hope for the future.

This kind of leadership is rare.

What if C-level executives and senior business leaders led in this way? What if they stood their ground courageously in the face of the immense pressures to satisfy shareholders, investors, and financial analysts? “We are not going to turn a profit this quarter. In fact, we will not be profitable for a year.” What if they were to frankly admit this? That would surely be the end, right?

But what if it wasn’t?

Consider the enormous amount of time and money companies currently invest in assessing and interviewing candidates during the executive search process, and then add to that the outrageously high salaries and golden parachutes that C-level executives regularly receive. Perhaps hastily firing leaders for serving up an unpleasant dose of reality might not be as inevitable as it seems.

Lipman-Blumen argues that reluctant leaders are a potential remedy to the rampant leadership void from which many of our companies suffer. If Coach Strong plays out to be one of these rare types of leaders, his tenure at UT would be a compelling example of the countercultural power of reluctant leadership.

And, as conflicted as I am to say it, this Aggie does hope he succeeds.

What’s your definition of a “reluctant” leader? Can this type of leadership be taught or do you need to be born with it? 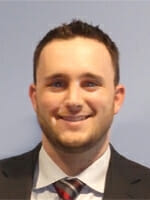 Wesley Dorsett is a Consultant at Linkage. He specializes in designing, facilitating, and implementing programs focused on integrated talent management, succession planning, organizational design and analysis, and leadership development. He’s also a die-hard Aggies fan who has a BS in Psychology from Texas A&M University, and MS degrees in Clinical Psychology and Theological Studies from the Fuller Graduate School in Pasadena, CA. Follow Wesley on Twitter @WesleyRD4.

Be still and be a better leader

The best executive coaches “fit” with their clients

IQ gets you hired. Emotional intelligence gets you promoted.