Developing these competencies is no longer a forward thinking innovation, but a present day necessity. We are actually running out of time. There are a large number of demographic and economic trends making the need to act an imperative. Among them:

Labor Shortage – As Baby-Boomers retire America faces decades of talent shortages. The 2011 Lloyd’s Risk Index indicates that amongst U.S. and European Executives, their second largest concern for 2012 is a shortage of talented workers. That’s a 20-position jump from ranking 22nd in the same report just 2 years prior in 2009. Also, The Manpower Group reports in their Talent Shortage 2011 Survey that 52% of U.S. employers surveyed are having trouble filling positions specifically due to talent shortages. Additionally, the U.S. Bureau of Labor Statics previously predicted a 10 million personnel shortfall beginning in 2010.

Global Migration Patterns – As a result of the aforementioned talent shortage, the U.S. will need to increase its immigration numbers which will further increase our diversity, in the areas of race, culture and religion.

Generational Issues – We will continue to have four distinctly different generations working side by side in our workforce. The tensions that exist may intensify. Due to our increasingly challenged economy, some older workers who had intended to retire will be forced to stay in the workplace for financial reasons. Simultaneously, many talented, impatient, “up and coming” Generation X’ers may start to feel some resentment toward these more matured workers who are now impeding their progress by refusing to leave these jobs that the Generation X’ers want; thus creating what is known as “generational conflict”.

In her book, Managing Diversity: Toward a Globally Inclusive Workplace, Michalle E. Mor Barak talks about how ancient Chinese tradition divides people into categories based on four qualities: Shi (scholars), Nong (farmers), Gong (artisans) and Shang (merchants). The belief is that to be a fully effective leader, one must acquire the “…vision and ethics of the scholar, the appreciation and respect for basic human needs of the farmer, the creativity and drive for excellence of the artisan, and the ambition of the merchant (in order) to make a profit.” The concept to grasp here is that cultural competency is not about learning every little nuance about every cultural group. It’s more about learning the perspectives and big picture concepts that relate to various cultures. In short, diversity leadership competency is not focused on learning a long list of cultural “do’s and don’ts”. It is about establishing common ground with people from cultures other than your own by developing some simple tools. Some examples of these competencies are:

Most of these competencies are not complicated or difficult to learn; and they tend to line up with our already accepted moral codes, and organizational values. All we have to do is put forth an effort until they become second nature.

In the words of leadership guru Warren Bennis,

Take the lead, step up and do the right thing. Everyone will benefit; yourself included. 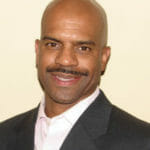 Al Vivian is the President and CEO of BASIC Diversity, Inc. (BASIC). Al’s specialty is Inclusive Leadership — teaching senior leaders the requisite skills and competencies to effectively lead across cultures. He learned about managing diversity very early in life via personal interactions with members of Dr. Martin Luther King Jr.’s staff (Andy Young, Jesse Jackson, Dorothy Cotton, and his father Dr. C.T. Vivian). Al later honed his leadership skills as an Officer in the United States Army, where he held numerous executive positions including Equal Opportunity Officer, and rose to the rank of Captain before leaving in 1991 to lead the team at BASIC. Al’s military awards include the Meritorious Service Medal, the Army Commendation Medal, the Army Achievement Medal, the National Defense Service Medal and the Parachute Badge. His client list includes Coca-Cola, Ford Motor Co. and The U.S. Army.

This article was originally published in the February 2008 edition of The Linkage Leader.