Malcolm Gladwell Talks about the Secrets of Success 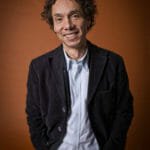 On June 17th, 2010 Malcolm Gladwell, New York Times best-selling author of The Tipping Point, Blink, and Outliers presented on ‘Why People are Successful.’ Dozens of organizations tuned in as part of Linkage’s Thought Leader Broadcast Series. Afterwards, Linkage’s Rick Rosier sat down with Gladwell to talk about some of the ideas in Outliers.

Rich Rosier: In your research, you say that it takes 10,000 hours of practice to truly master a skill, which is why “working harder” and “being hungrier” are the keys to success. What happened to working “smarter not harder?”

Malcolm Gladwell: Well, smarter is not enough and harder is not enough. You have to do both. It isn’t simply that you have to put in a certain amount of time to be good; you have to put in a certain kind of time as well. Those 10,000 hours must be deliberate practice: focused, intensive, and organized. When Michael Jordan practiced basketball, he did not practice the same way JV high-schoolers practice. He sat down and specifically identified his weaknesses and systematically went about improving them. In the beginning of his career, he was a lousy jump-shooter. By the end of his career, he was one of the best jump-shooters in the game. Very few players practice that way.

I was listening to the NBA playoffs this week. They were talking about how Lamar Odom can’t go to his left and that is why he isn’t one of the greatest players in the game. He has been in the league for six, seven years now and he hasn’t worked on going to his left? Now there is a guy who is not working hard and not working smart. If he was Michael Jordan, he would have spent the last seven years working on going to his left. That is what distinguishes the good from the great.

I think that talent is passion: a love of what you are doing. It all flows from that.

RR: Which is more important, the drive to work hard or discovering something at which you want to work hard? Did you find examples of people who just kept working hard and experimenting—they didn’t care what they were working hard at until they discovered a passion later in life?

Malcolm Gladwell: The question here is, “Why would you work 10,000 hours at something?” I think that you would only do that if you have passion. It begins with passion. I don’t think passion is something you discover along the way. I think talent is passion: a love of what you are doing. It all flows from that. There is the story of Wayne Gretzky as a two-year-old watching hockey in Canada. When the game was over, he would burst into tears. Even at that age, he loved hockey so much that when the game ended, to him it was the biggest tragedy in the world. When you want to explain why he was so extraordinary, you need to start with the fact that he loved hockey more than anybody else.

I would encourage organizations to not just enlarge the pool of potential high performers, but also to wait longer to see who thrives.

Rich Rosier: A lot of companies create what they call “high potential pools.” Is this differentiation strategy wise given the Outliers findings? If it is wise, how do you work to develop someone’s career when they work for two years in this job and two years in that job—which never gives them the time to really practice their craft?

Malcolm Gladwell: There are two clear implications of the research in Outliers: One is that we probably think that high potentials are more scarce than they actually are. In other words, when we identify “winners,” we are too restrictive. There are probably more people out there that could be good than we realize. Second, we are probably too quick to judge. If you think about the 10,000-hour principle, that says that until someone puts in that kind of intensive practice, you have no idea how good they are going to be. If you make a judgment too soon, you can miss out on an awful lot of potential. So I would encourage organizations to not just enlarge the pool of potential high performers, but also to be willing to wait longer to see who thrives.

Rich Rosier: How can organizations systematically create a “practice field” where they can experiment and give more high potentials opportunities without running the risk that they won’t make their numbers?

Here is the problem: it is really, really hard to predict if someone is a good teacher before they start teaching. Grades don’t tell you, credentials don’t tell you. The only way to figure out if someone can teach is to let them teach. So one of the solutions to this problem is to say, “Anyone with a BA and a pulse can teach, and we’ll observe you and help you for two years. At the end of that apprenticeship, we’ll pick the winners.” That is the only way we are going to see who the good teachers are. But think about how messy, complex, and time consuming that experiment is. Think about how that would be to negotiate with the unions. It’s a hard thing to do. I think we’re going to end up doing that down the line, but it is going to take a long time, and some real courage and leadership. I think most organizations are going to increasingly move in that direction: conduct realworld experiments before they make those decisions. But it’s hard.