Lynda Gratton on Creating Performance Driven Innovation within your Organization 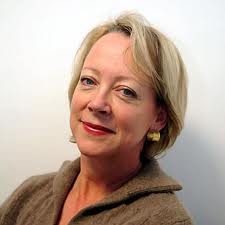 On November 17th, 2010 Lynda Gratton, author of Hot Spots: Why Some Teams, Workplaces, and Organizations Buzz with Energy — And Others Don’t presented as part of Linkage’s Thought Leader Series. Afterwards, Linkage’s Rich Rosier sat down with Gratton to talk about the ingredients that make up Hot Spots, and to discuss how leaders can foster a cooperative mindset and remove boundaries between people to increase their productive capacity.

Rich Rosier: Are there things that leaders should avoid doing in the creation of Hot Spots?

Lynda Gratton: Often leaders think they can control everything.  So, when I’m working with CEOs, I often have to stop them from sending an email saying, “from tomorrow onwards everybody will be in a hot spot.”– Because actually those are not hierarchical phenomena.  They’re emergent phenomena.  So, the worst thing a CEO can do is to say, I can control it.  But what they can do, of course, is to set the context.  Think about the way people are rewarded.  Think about who sits next to whom.  Think about the role modeling they do.  The most important thing a leader can do in Hot Spots is to role model cooperative behavior.  You know, many of you out there have leaders you don’t see.  And that’s a real killer for Hot Spots.

Rich Rosier: Could you provide examples of igniting visions that you have found engaging as you did your research?

Lynda Gratton: Sometimes it’s easier for some companies than others.  One of the companies that I’ve been involved with for some years now is Save The Children.  It is so easy for them for instance to get a Hot Spot.  A crisis happens in one part of the world and everybody immediately creates huge amounts of energy.  Those Hot Spots are easily created. The more difficult ones are when you have to find a purpose for something that you feel is pretty mundane.  I work with companies around the world where we try to find, within what they do, the angle that could really excite people.  One of them is a very large company that cleans floors (ISS.)  And you may think: “How could cleaning floors ever be engaging or interesting?”  But actually what they’ve done is that they’ve professionalized the whole thing.  And they’ve made it really interesting.  So people use the right sort of materials, they get involved in its selection, and so on.  And they feel they’re doing a great job.  Hot Spots can be found in the most unlikely places.

Hot Spots happen because people are excited, willing, and able to cooperate with each other.

Rich Rosier: I was fascinated about your comments around spanning boundaries – in particular, setting up networks.  I wonder if companies can succeed in forcing networks to develop?

Lynda Gratton: The truth is that organizations create networks all the time, but they just don’t realize they’re doing it.  Proximity is a real driver of network formation.  What we find is that companies that are more thoughtful about their networks, ask questions around who should they have sitting next to whom? And who should even bump into whom?  A company we’re working with took away lots of its corridors and made sure that people actually had to walk through a group to get to theirs.  In walking through the other group, they start speaking to each other.  And a network has formed. So those of you who are thinking about this should ask yourselves questions such as: Who should we put on the same executive program?  How do we make sure that people have an opportunity to naturally meet each other? 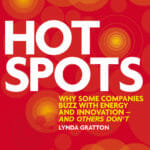 Rich Rosier: In your research, did you find that there was a difference between people who are introverted and people who are extroverted in their abilities to be part of Hot Spots?

Lynda Gratton: The ability to span boundaries as it turned out, is certainly not about introversion or extroversion. I’m an introvert and I can pretty much span boundaries.  But there is one personality trait that is most important for boundary spanning.  It’s what I call “The Chameleon”.  And that is your capacity to monitor what’s going on around you, monitor how people talk, how they dress, what the time-keeping is like, what their norms of behavior are—and then to actually change your behavior to match theirs.  So the personality trait that is related to boundary spanning is not extroversion or introversion, it’s what’s called self-monitoring behavior.  And of course that happens a lot between cultures, as well.  So the people who are most able to work across cultures are people who are high self-monitors.  None of us can be trained to work with every country in the world.  But if you can be sensitive and watch and observe really carefully what other people are doing—and do some of that yourself without losing your own personality—that makes for a very strong boundary spanning.

And one other point to say about this—is that when I started my research career 20 years ago—the general view was that being a boundary spanner wasn’t required to get to the top.  If you wanted to get to the top, you had to focus without necessarily having to create strong networks across boundaries.  That research has been completely overturned in the last five years.  What’s becoming really clear now is that the people who get to the top now are more likely to be boundary spanners.

When extraordinary energy arises, it forms Hot Spots.  When this energy and the resulting excitement are ignited, they have the power to propel teams to work toward goals they never believed were achievable.

Lynda Gratton: When we started to think about networks, a long, long time ago, we thought the more people we had in our Rolodex the better.  But we’re realizing now that this doesn’t hold true anymore. Valuable networks are made by a combination of people who are like you, because you need to learn mastery.  And people who are different from you, because it’s not the number per se that matters, but the diversity within the network.  Boundary spanners don’t need to span into every boundary there is.  You have to think about where you want to span boundaries and do it.  But not imagine that you can jump across every boundary, because it would then be too time consuming.

Rich Rosier: With the leaders that you talked to, did they think about spending a set amount of time each week actually working their networks or did they just allow it to happen?

Lynda Gratton: It’s a little bit of both.  What we found is that great leaders have a view about how they’re going to spend their time.  A basic skill of any high-performing manager is his/her capacity to focus on what he/she believes is important.  So, for example, the activity I’m doing now is a boundary-spanning activity.  I am bringing deep research to a community of people which isn’t my own.  And I spend quite a lot of time doing it.  But you’ve got to decide for yourself what are the activities that can help you boundary-span and really focus on that.

Rich Rosier: How would you coach teams who have all the right ingredients but seem to struggle with conflict resolution or great conversations?

Lynda Gratton: It was very interesting for us to realize that some high performing teams that become Hot Spots have as much conflict in them as teams that break up.  The critical question became: “How does one resolve conflict?” And the most important way of resolving conflict is to talk about it.  And so we found that companies that are good at conflict resolution, are also good at giving themselves time to talk.

Rich Rosier: I was fascinated by your comment about rewards, and the inability for rewards to foster cooperative behavior.

Lynda Gratton: Actually, what I wanted to say earlier is that rewards don’t create cooperation.  If you and I are rewarded as a group, that alone isn’t going to create cooperation.  However, if we’re rewarded as individuals, then we definitely will never cooperate with each other.  Rewards shape behavior.  If you create a reward system that’s very individualistic, you will shape competitive behavior.  Now, in some cases, you may want to do that. But what we’re beginning to realize is that you want people within organizations to be competing with their competitors, not with each other.  What you want within companies and eco-systems are for people to be competing against goals or even a competitor – but you don’t want them thinking that the source of competition is each other.

Rich Rosier: Can you give us a glimpse of the findings from your next book?

Lynda Gratton: Well the next book will be out in April 2011.  It’s already written and it’s in press right now.  I would say just this: during the Industrial Revolution people had no idea what was happening to them.  It is only later on that we saw that work had changed completely.  It went from the land to the cities.  It went from family operations to working in factories.  It went from doing work whenever we wanted to, to working in set times.  What I want to suggest is that, what we’re in the midst of right now, is something as big as the Industrial Revolution.  Our world is changing at phenomenal speed, and what’s going on will have a huge impact on our lives, on the lives of our colleagues, and on our children.  The most important question to me? “How can we prepare for the future?”  That’s what the book is about.