Les McKeown on Getting Your Organization on the Growth Track 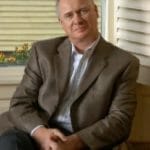 A native of Ireland, Les McKeown became the youngest qualified Chartered Accountant in the UK.  After a brief period with Price Waterhouse, Les became Ireland’s youngest ever accounting firm partner. After a long career in advising individuals and organizations on growth and development, Les started his own training and development business. In a broadcast offered as a part of Linkage’s Thought Leader Series, Les McKeown outlined the seven stages of an organization’s lifecycle, detailing ways in which we can help our organizations grow and succeed in a predictable manner. Linkage’s Rich Rosier sat down with Les McKeown for a short interview following the broadcast.

Rich Rosier: Every working day, 26 million people, founders, owners, self-employed, executives, and managers are tasked with the job of growing their organization, their division, or department or group or team.  Why is it important that they understand the principles of predictable success?

Les McKeown:  Businesses grow, flourish, and they can decline.  Knowing how that happens is something that everybody in any organization will benefit from, and it’s one of the things that I get a delightful experience in doing regularly—to stand in front of an entire workforce or a department or a division or a team and show them this life cycle and see that teams that were bewildered and concerned that their bosses had gone stupid on them, say: “Ah, I get it, and I see why we lost our enthusiasm and our passion.  It’s not because these guys are dumb.  It’s because we’re going through something that’s normal.”  That’s a wonderful gift to give to anybody, to see what’s going on, and to understand how to get up one level.

Rich Rosier: This question has to do with leadership as the organization progresses through stages.  Are there certain leaders (and if so, what do they look like?) that are capable of being effective at each stage?

Les McKeown: I’m smiling that you’re asking me the question, Rich, because that’s literally – and we should make it very clear to everybody that we didn’t stage this question – is literally what I’m in the middle of writing about, which is my next book, the sequel to Predictable Success, is that there are four management styles that leaders show, and each of them work very differently within the life cycle.  In fact, it’s those management styles that really decide how long you’re gonna stay in one stage.

We’ve got the highly visionary types.  That’s typically the founder, owner, the entrepreneurial sort who thinks long term, is often charismatic and doesn’t like to be tied down to anything.  Obviously, they work really well in fun.  They begin to get a little nervous in and around whitewater.  They can live in predictable success so long as it stays right there, but once it moves into treadmill, often we see the visionary go back down and start a new business again because they wanna start all over.

What I call the operators are the plumbers, the people who make things happen, they’ll work with just about anything.  They’ll work right through the whole cycle so long as there’s a visionary around to give them their marching orders.  So what happens is that the operators, the plumbers, the people who get the wiring done, making everything happen, they’ll stick with their visionary leader, and they really have an identity crisis then treadmill whenever they see that person leave and are left trying to navigate and negotiate the organization without them—and so often, they will begin to leave at that point as well.

What I call the processors really only come into their own during whitewater. These are the administrators whose job it is to bring systems and processes in place. The processors love being brought in during whitewater because that’s when they do get brought in.  Often we appoint a general manager or a CFO, and they’ll look around and say, “How on earth did these people ever run a business without me?”  So they feel really good about themselves.  Unfortunately, then, if that’s allowed to develop too strongly, they can become the people who put too many systems and processes in place.

The thesis of my book, built on what I’ve observed over the years, is that those three agenda-driven management styles really lock horns and get the business stuck in whitewater.  What needs to happen is that a fourth transcendent style that I call the synergist needs to emerge, and that’s where any one or all of those managers, the processor, the operator, or the visionary, begin to step away from their own agenda and say, “Hold on a minute.  We need systems and processes in the long term, and I’m gonna have to work to make that happen.”  So yeah, there are different management styles and they fit right in the different stages in the life cycle, and as soon as they begin to feel like a fish out of water, they’ll leave the organization.

Rich Rosier: How do you get an organization to balance ownership and self-accountability, which assumes a certain amount of independence, with this notion of systems and processes as the key to staying in predictable success?

Les McKeown: That’s another great question, and I devote a whole part of Predictable Success to it. What I’ve seen is that the organizations that have gotten themselves into predictable success and have gotten that strong sense of accountability on an individual-by-individual basis have ended up with a competitive advantage, a very substantial one in that they’ve got whatever number of employees they have actively working every day to keep the balance right between initiative and systems and processes.

You will know that you want to have the right amount of initiative and freedom to make decisions and to show discretion.  But you also want the tools and the systems and the guidelines in order to know what your parameters are within which you can work.  Now, will there be people on either side of the curve who take it too far and show too much initiative (if that’s possible)?  Sure.  There are people who will push the environment too much and there are people who will cling too much to systems and processes.

That’s why you want a strong sense of self-accountability because by and large, the individual employees become your own monitors of that.  It almost becomes like a crowd sourcing process where they’re holding each other accountable as well.

Rich Rosier: You talk a lot about, in the book, how powerless C-level executives feel when their business hits the treadmill.  What do you mean by that?

Les McKeown: Well, it’s one of the reasons why people pick up the phone and ask, you know, “What can I do to fix this?”  And it’s often most noticeable when someone is newly brought into the C suite in an organization that’s in treadmill and has been working elsewhere.  It’s not solely confined to those people, but what happens is – Jeff Immelt put it very well.  He said, “When I put my foot on the gas pedal in this organization, the car goes forward.”  And what happens in treadmill is it’s that sense of there not being a connection between the gas pedal and where the car is going.

You are pumping away on the gas pedal, and nothing is happening.  The car is not going forward.  So the executive begins to feel powerless, and it is a very strange sense because there is still this ballet happening around him, they are still giving out orders, they are still asking people to do things, there are still reports being made, we are still having meetings, we are still selling our product, but it’s like the needle doesn’t move.  No matter what I do, I can’t make a substantive change here.

And without getting too technical, what has happened is that the gap between decision making and decision implementation – classically in both whitewater and treadmill, they mirror in this regard—a gap opens up and the implementation muscle begins to disappear.  And that’s what happens to the C-level executive in treadmill, and they just feel powerless.

Rich Rosier: How do you help the founder/owners in the whitewater stage see where they’re at and the fact that they’re one step away from actual great success and then get them to do the right thing?

Les McKeown: Well, I don’t wanna be falsely modest, but one of the great pleasures of the years I spent just trying to get my graphic and the wording that I used for each of the stages, is that I get to go along and sit with people; and I talk about a couple of these examples in the book, where I listen to the founder/owner talk often highly impassioned because this is like their child to them, and all of their credibility and ego and status is tied up in this, understandably, and they’re bewildered.

This sounds terribly smug, and you’ll just have to accept that I don’t do it in a smug way, but just the act of sliding that graphic across and explaining early struggle, which they get immediately, fun, which you can just see their eyes filling up (“That’s where we are”) and I say the word “whitewater” and then show predictable success at the next stage, the number of times that I can just watch people go, “Thank God” ’cause they get it.  The phrase I hear most often is, “So I didn’t suddenly become stupid.”  No, you didn’t.  You had a natural stage in any organization’s development, and if we do the right stuff, you’re gonna get through to the next stage.

Rich Rosier: Well, Les, I want to thank you so much for sharing these principles with us through this broadcast.