Is resistance really a bad thing?

This is the first of a two-part series on resistance to change.—Ed.

Whenever I teach a class on change and transition, the topic of resistance invariably comes up, and I have yet to meet a manager who thinks resistance is a good thing.

But I’m here to suggest that resistance to change is a good thing. I say this because resistance actually shows that people are starting to change. It means they recognize that the old way is no longer acceptable and that they are going to have to change. They’re going to have to give up the known for the unknown. No wonder they resist. Who wouldn’t? If you aren’t seeing resistance, it usually means that people are still in denial that change is necessary. That’s a bad thing.

One of the activities I do in the classes I teach on change and transition is called “Change 3 Things.” It works like this: People pair up, face each other and are asked to notice what their partner is wearing. Then they’re instructed to turn their backs to each other and are told to change three things about their appearance. We do this for three rounds and by the third round people are starting to grumble and complain that there isn’t anything else they can change. Sound familiar?

The reality is there are lots of things they can change and what they’re experiencing is resistance to change. What a teachable moment.

When I debrief the exercise, we talk about their clothing as one aspect of their identity and how it felt to have to change that “identity.” I ask them if they were feeling any of the following:

Guess what? This is how change impacts people and it is why people resist the change. Even something as innocent as changing three things about their appearance can cause significant discomfort because they’re missing key information to help them understand the implications of change.

So, what do you do about resistance?

First, get comfortable with it. See it for what it is—a normal, natural response to change.

Second, stop labeling people who resist change as “bad,” “disloyal,” “uncaring” or any of the other negative words managers use when they come up against resistance.

Third, go looking for resistance. Get people engaged in conversations to bring the resistance to the surface. You may be surprised by what you learn.

I tell managers that much of the resistance they encounter is a legitimate concern dressed in “complaint” clothing. Often their employees are resisting for a good reason. And if you find out why, you can tweak the change plan for the better.

So let’s hear it. How comfortable are you with resistance and how often do you go looking for it?

In my next post, I’ll talk about what you can do to help manage the normal, natural resistance to change. 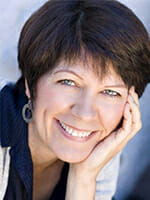 Marty Jordan is a Principal Consultant and co-leader of Linkage’s Change and Transition Leadership practice. She is an accomplished HR/OD professional with broad-based experience in multiple industries and has worked in diverse business functions and corporate environments. In her current role, Marty is a coach, facilitator, and program designer for a wide spectrum of clients including Toyota, Volkswagen, Disney, and Genentech. Follow her on Twitter @maj421.

Is your organization suffering from “climate change?”

Your organization must be ‘change-able’