A recent story on NPR took a look at the boom in “black films” in 2013. It’s not just that there were 11 movies that grossed anywhere from half a million to more than $100 million by black directors and starring black actors. What’s remarkable is the range covered. From historical epics to dramas to comedies, the movies are as varied as, well, real life.

Over the years, there has been a traditional boom-and-bust-cycle in Hollywood around black filmmakers: a quick boom in the ’70s and then a trickle, with the process repeating in the ’80s and ’90s. For filmmaker Reginald Hudlin, a producer of Django Unchained, the key to consistent success for black films is having a solid infrastructure of support in Hollywood, where black filmmakers are backed by major production houses and cover a variety of storylines. 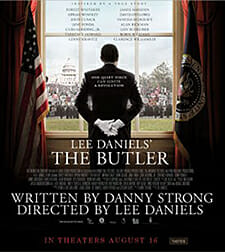 The Butler: A mainstream film success

As film critic Wesley Morris noted, “…this year, you got a real sense that this is something that is not only possible, but viable as well.” And that’s key not just for the movie industry but in business overall. For diversity and inclusion (D&I) programs to succeed, they need to be viable—they need to deliver business value—and they need to reflect real-world diversity. One of the films in the 2013 crop, Lee Daniels’s The Butler, is a great example. What’s extraordinary is not that it’s a black film that has enjoyed mainstream success (it has grossed almost $120 million) but that the story it’s based on and the story of how it came to be made are reflections of how our society is changing.

Eugene Allen was a black White House butler who served eight presidents from Harry Truman to Ronald Reagan and became a quiet witness to over three decades of U.S. history. His story was uncovered by Washington Post reporter Wil Haygood. Just as Barack Obama was about to win the 2008 election, Haygood wanted to publish a feature article about a black person who had worked in the White House as a servant—someone who had come of age when segregation was so widespread, so embedded in the culture, as to make the very thought of a black president inconceivable. He tracked down Allen and wrote the article, which became an immediate sensation. Just weeks later, Columbia Pictures bought the rights to Allen’s incredible story and Haygood’s The Butler: A Witness to History was released in 2013, in tandem with the motion picture. (Watch this short clip in which Oprah Winfrey describes how Haygood discovered Allen’s story.)

Raised in a poor family and the first of his family to go to college, today Haygood is a respected national reporter and Pulitzer Prize finalist. In 1990, while covering the civil war in Somalia, he was taken hostage by rebels and eventually released with the aid of Pakistani troops. On another foreign assignment, he found himself standing outside the South African prison when freedom fighter Nelson Mandela was released after 27 years of imprisonment. In 2002 Haygood joined The Washington Post as a national writer. He was one of the first journalists to make it into New Orleans after Hurricane Katrina struck, a story which he covered for 33 straight days without a break. He has authored five nonfiction books, and in 2013 he was honored with the prestigious Ella Baker Award, named after the civil rights pioneer. The judges cited Haygood’s literary career “for shedding a light on those who give much, but are little noticed.”

Linkage is pleased to announce that Haygood will be a keynote speaker at our 2014 Institute for Leading Diversity & Inclusion™ —in Atlanta on May 5-7. He’ll share the real story behind the award-winning film and best-selling book, discussing the nuances and human side of the story that the history books don’t contain. Understanding these human nuances is critical in any successful D&I program.

Whether you are a D&I practitioner or a business leader looking to link D&I to key business differentiators, we hope you will join us at this year’s Institute to develop and hone skills to make D&I not just viable, but a key driver of business results for your organization.

Could 2013 have been the start of a normalizing trend in Hollywood—similar to what Hudlin spoke of? What do you think drives the inconsistent influence (across themes and topics) of black films on American and global culture? What can be done to change it? Let us know what you think in the comments below.