How tough is too tough?

The story of Jill Abramson’s recent ouster from her leadership position at the New York Times has sparked lots of debate on what it means to be a female leader, but as Melissa Korn and Rachel Feintzeig write in “Is the Hard-Nosed Boss Obsolete,” this story might actually be about inclusion.

“[The] sudden ouster of Jill Abramson as executive editor of the New York Times—where she had a reputation as a direct, tough manager—has stoked conversations about how much a modern leader must soften his or her style to be effective…

“…At the New York Times, the specific reasons for Ms. Abramson’s dismissal remain unclear. In a statement, publisher Arthur Sulzberger Jr. cited ‘arbitrary decision-making, a failure to consult and bring colleagues with her, inadequate communication and the public mistreatment of colleagues.’”

This discussion of “hard-nosed bosses” and “softening style” is a bit simplistic and not helpful. One can be tough, and inclusive and collaborative. We must distinguish between concepts that are often associated.

As the story suggests, the specifics of Abramson’s dismissal are foggy, but Arthur Sulzberger Jr.’s stated reasons for her termination are not hard to believe. When working with well-educated professionals, leadership is about gaining their discretionary effort. This additional value for the organization must grow from their feelings of being included in something bigger. Excluding them from decisions, devaluing their opinions, and building a culture that feels arbitrary and disrespectful is a great way to hurt organizational performance. In our diverse and knowledge based economy, the nature of leadership has changed. It was not long ago when being an authoritarian, top-down leader was not only accepted, but subtly encouraged. Companies admitted to accepting “enlightened jerks” that simply got results. Those days are over

I’m not saying that bosses can’t be tough or demanding. In fact, the best leaders of today are quite demanding and hold their people accountable to high standards. And generally speaking, people appreciate working for leaders who are like that as long as they make a point to include their people in the process.

Being inclusive requires leasers to do more than just issue directives and hold people accountable. The most effective inclusive leaders must also be able to:

“‘Everything about me was under incredible scrutiny, from the shoes I was wearing to my perceived style, and it made my job much harder,’ she says. What is perceived as ‘appropriately demanding’ by a male leader is often interpreted as ‘abrasive in a woman,’ she says.”

There’s  no doubt everyone at the Times was watching Jill Abramson. It seems to me they did not like what they saw, and would not like it in a man.

To my mind, this story brings a fundamental—and maybe even controversial—question to the surface that we all should be thinking about: What if Jill Abramson was fired simply because she wasn’t inclusive?

What do you think? Share your thoughts with us in the comments section below. 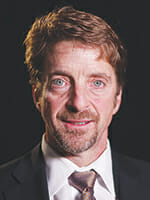 Charley Morrow is Vice President of Assessments at Linkage. He has over 20 years of experience designing, implementing, and evaluating training, individual assessment, and organizational-transformation interventions. He’s also an expert in developing assessments and methodologies for individual, team, and organizational motivation and performance. Follow him on Twitter @CharleyMorrow.

What does vulnerability have to do with inclusion?