At the age of 36, Mike Abrashoff was selected to become Commander of U.S.S. Benfold. At the time he was the youngest commanding officer in the Pacific Fleet. The challenges he faced when he took command ranged from exceptionally low morale to poor performance results, and few thought that this ship could improve. But by instilling a sense of urgency and by creating an atmosphere of commitment to excellence, Abrashoff helped the Benfold eventually become the best ship in the Pacific Fleet.

“A lot of people do whatever it takes to secure the next promotion,” he says. “All I ever wanted to do in the Navy was to command a ship. I did not care if I ever got promoted again. And that attitude enabled me to focus solely on results instead of doing the ‘right’ things for my career. Along the way, it was my people that created the results that ensured my next promotion.”

He turned the troubled Benfold around with a system of beliefs that he calls GrassRoots Leadership. GrassRoots Leadership replaces a “command and control” mentality with a commitment to cohesion mindset that engages the hearts, minds, and loyalties of the people under your command. “The most important thing that a captain can do is to see the ship through the eyes of the crew,” he says. And to do that he interviewed every single person on his ship, from the most senior officer down to the lowest recruit. It was an experience that began to generate invaluable ideas that often came from unexpected sources.

GrassRoots leadership is a principle that inspires every individual to share the responsibility of achieving excellence. By every measure, these principles were able to achieve breakthrough results. Personnel turnover decreased to an unprecedented 1% and operating expenses were slashed by 25%. The U.S.S. Benfold became regarded as the finest ship in the Pacific Fleet, winning the prestigious Spokane Trophy for having the highest degree of combat readiness.

And those same leadership principles that made Mike so successful in the Navy have made him successful in the business world as well. Mike is now an accomplished and experienced entrepreneur, and you can learn from him in person at Linkage’s Global Institute for Leadership Development™ this fall.

Is the leadership of your organization committed to cohesion, or command and control? Please share your thoughts below. 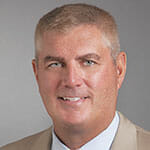 Mike Abrashoff has since retired from the Navy and is now an author, speaker, and the founder of GLS Worldwide, a talent development consulting firm. He currently lives in Virginia.

Be still and be a better leader

The best executive coaches “fit” with their clients

IQ gets you hired. Emotional intelligence gets you promoted.