Do I have employees with hidden disabilities (and not know it)? By Michael John Carley

Hidden Disabilities, with a strong emphasis on autism spectrum disorders, have been all over the news during the last decade. As a result of this increased awareness, as well as the efforts of advocacy groups, huge strides have been made in how society educates and prepares these individuals for the workforce. More and more individuals, including those with Asperger Syndrome (a form of autism), are acquiring college degrees. A recent study showed that as many as 1 in 88 children in the US have been diagnosed with an autism spectrum disorder. It is likely that you have individuals on the autism spectrum working for you if you are in a large company. They may be among your brightest employees, but there is also a chance that their communication challenges are winding up as problems for their managers and colleagues, as well as your Human Resources staff.

A decade before my then four year-old son and I were diagnosed with Asperger Syndrome (AS), I got my masters and entered the working world. My focus at the time was in the arts, but I still needed to support myself as the arts present so few opportunities to make a living wage right out of school. And like many struggling art-types, I temped in large companies. My employers loved my work ethic and how quickly I learned. But within a week or so at any given company, I began to believe that I knew exactly how the whole company was run, and that my way of doing my job was the best way. Only after my diagnosis, ten years later, did I see that not only was I missing information that would give me an accurate read on how the company operated, but more importantly, the boss’ way of doing things was the right way—not my way. Furthermore, in addition to showing that I could do the job, I didn’t realize that socializing was important to my colleagues. They began to approach me, yet because our mind-sets were so far apart, little connection was made. At the time I had no idea why hitting it off was important.

Of course, I learned, and found work environments that suited me better, but these were truly antiquated days compared to what we know now about each other. Knowing that I have AS helped me stop pretending I was just like everyone else, and gave me the right toolbox to fix what I chose to fix. Now, young people with AS and other hidden disabilities are growing up knowing what they have, and can make adjustments a lot earlier than I did. Managers and HR can also benefit from knowing this information since most folks with hidden disabilities require different management strategies, especially when a problem pops up.

The keyword here is disclosure. Without an employee’s disclosure of their disability, supervisors will often scramble to decipher what appears to be an inexplicable behavior. In actuality, the strategies required to manage individuals with AS are not as complicated as one might think. They revolve around clear communication, with explicit oral or written instructions. Generally, it is in a company’s best interests to encourage these employees to disclose.

How can you, as a leader or manager, encourage disclosure? There are many ways, all of which involve creating a corporate culture that will earn the trust of employees with hidden disabilities and give them the assurance that nothing bad will happen to them if they divulge such personal information. Whether these changes are brought about by training (both on-site and web-based), Employee Resource Groups, or increased disability hiring practices, individuals with hidden disabilities need to be convinced that they will still be respected for the job that they do, and that no one will think of them as incapable of performing at a high level because of the stigma that disabilities often carry. 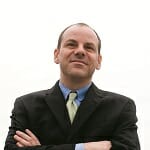 Michael John Carley is the Executive Director of the Asperger Syndrome Training & Employment Partnership (ASTEP) and author of Asperger’s From the Inside-Out. Mr. Carley also serves as the Executive Director of the Global and Regional Asperger Syndrome Partnership (GRASP). He is a frequent speaker and writer in the news and media on issues related to autism. Until 2001, Mr. Carley was the UN Representative of Veterans for Peace Inc., working in Bosnia and Iraq. Prior to that, he was a playwright in New York City. Mr. Carley graduated from Hampshire College and received his MFA from Columbia University. Along with his then four-year-old son, he was diagnosed with Asperger Syndrome in November 2000.