Bias & Why It Matters [To You] | Excerpt from: Mastering Your Inner Critic

We’re incredibly proud that Linkage’s own Susan MacKenty Brady has a new book coming out on November 23. Mastering Your Inner Critic and 7 Other High Hurdles to Advancement addresses the seven common hurdles women face in today’s world—one of which is bias. Whether we like it or not, we all have them. The question is: How can we let go of the beliefs that no longer serve us?

This short excerpt from Susan’s book features insights on this relevant—and yet often unaddressed—hurdle to advancement. Leave a comment to let us know what resonates with you and order your copy of the book now.

I want to start with a passionate plea: please pay attention! This is the leadership hurdle that at first seems so insignificant that we don’t even see it. Until it’s too late, and either as a victim—or perpetrator—we stumble. Sometimes, a bias is used against us: “Financial analysts just aren’t good with creative tasks.”

Sometimes we use a bias as our own default rationale for a decision: “She’s not ready for the promotion. Her strength is managing teams, not running a business.”

Sometimes, we use an implicit bias to fuel the voice in our head (our Inner Critic) that makes judgements that we are better than or less than others: “Hey. I’m an introvert. I’m not ever going to be good at schmoozing.” Sometimes, we speak up and name the bias or catch ourselves using one. But it’s mostly subtle and nuanced—and complex. This is what makes it toxic and dangerous.

If you’re following today’s debates, conversations, protests and even lawsuits about race and gender, you’ve probably run across the term “microaggression” or “micro-inequities.” These aren’t the big blatant, headline-worthy name-calling events. These are the day-to-day casual remarks, or even unspoken attitudes, that take root over time. Like mastering our Inner Critic, bias requires our thoughtful and moment-to-moment attention. 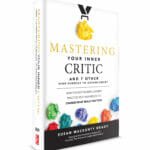 What Are We Talking About, Really?

Here’s the low-down on stereotypes, bias and unconscious bias: Stereotypes are beliefs about people based on their membership in a group, such as race, gender, nationality, religion, sexual orientation, education, etc. Often, stereotypes are unnoticed automatic thoughts and beliefs.

The Cambridge English Dictionary has what I find to be the strongest definition of bias: The action of supporting or opposing a person or thing in an unfair way, because of allowing personal opinions to influence your judgment.

We have established that we all have biases, both known (conscious) and unknown (unconscious). Examples of some of the often-unconscious biases that impact the workplace include:

Our implicit ways of processing information impact our attitudes and decisions—without us being aware. If you aren’t already thinking about the plausible negative consequences of the short list above as you navigate at work, let me be very clear: All of these types of biases are happening whether you are aware of them or not.

With perception bias, for example, we habitually assume things about people born and raised in certain countries and regions, and judge people by how they appear. We may not do it on purpose, but the majority of us are guilty of some amount of judgment.

Our ultimate moment-to-moment practice is to lead with conscious awareness, ultimately shifting from a state of unconsciousness (resulting in the unintentional exclusion of others) to a state of conscious awareness, where we can consciously include or accept those who we don’t automatically relate to. I know, I know. Being oblivious can have its upside.

The more I attune to my own unintended impact and/or catch myself in a biased thought, I can’t help but agree that ignorance sometimes is bliss. (Cue the Inner Critic: “Did you REALLY just have that thought, you horrible, mean woman who professes to be self-aware?!”) Better than blissful ignorance (by a lot) is when I catch myself noticing the thought, “those types of people can’t drive” and push pause on the thought as it computes, and then reorient my internal dialogue with compassion, not harshness, to say, “No, Susan, that person seemed to be swerving in the road and appeared to be driving in an unsafe way.”

My point: I am a fellow traveler; self-awareness is a practice. When we take the time to pause and reframe our thinking, we open ourselves and those we lead up to new opportunities in the world around us.

Sarah Breigle is the Senior Director of Marketing at Linkage. She has held a variety of different marketing positions in her 10+ years with the company. In her current role, she manages the global marketing function, where she is responsible for overseeing a team of digital marketers who manage the marketing strategy and execution for Linkage’s suite of products and services.

Reflecting on Race and Allyship: How to Drive Meaningful Change | Commitments Leaders Can Make Today