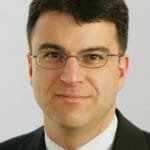 Are you tired of fighting fires? Do you want to become a world-class “problem hunter” so that you can hunt down those hidden, festering issues and fix them before they erupt into crisis? Your most dangerous problems are the ones you don’t even know about. On December 8, 2011, Michael Roberto, a preeminent authority on strategic decision-making and senior management teams presented on How Great Leaders Prevent Problems Before they Happen as a part of Linkage’s Thought Leader Series. Our own Rich Rosier sat down with the author after the brodcast to discuss the structural and interpersonal factors that prevent early detection of hidden problems.

Rich Rosier: Are there any signals that leaders may rely on, that would indicate that there is trouble ahead?

Michael Roberto: The more successful you are—in fact, in many ways, the more vulnerable you are because it will dull the senses, it will cause people to become complacent.  Not consciously even, but it will.  The other thing I think is watching how people behave around you. Leaders often have town hall meetings or bring people together.  What kind of questions are you getting in those meetings?  If you’re getting nothing more confrontational than the fact that people are asking about why you don’t have hazelnut flavored coffee, you have a problem.  I mean if people are afraid to raise anything more serious than that—and I say that jokingly—but we all know that there are a lot of dog-and-pony shows that happen where people are not asking very tough questions.

Can you give us some guidelines to help us achieve that right balance between pursuing all of the hidden problems that might exist, and the ones that are really critical?

You can’t chase down everything.  I think that part of the job of the leader is to be able to prioritize.  You have to focus on developing a process for how to vet things that come before you, and remember that it’s not your job alone.  You have a team.  Your job is to build the team so that they can work with you so you do not have to chase down every one of those things on your own.  I personally think that this is probably the single most important thing you can do—recognize that you have talent around you that can help you. I think the other thing is, you have to sort of establish for people what you expect when they come forward.  Lou Gerstner used to say, “Don’t tell me about the flood; build me an ark.”  There’s a danger to that, because you don’t want to tell people never to come forward unless they have a fully baked solution.  On the other hand, you do want to set up some criteria for people, to say, “If you are going to raise an issue, you have to have some evidence.  You have to have something that you’re bringing to the table and not just sort of screaming “Fire!” without any basis for it.”

I think the thing that’s probably having the most profound impact now, is that some of the mass collaboration techniques that organizations use to connect with the outside world are also being used inside companies.  What do I mean by that?  We all understand the idea of open source software, you know, the idea that a whole bunch of independent people around the world can be collaborating and producing something.  Of course, companies are capitalizing on this.  There are actually exchanges, idea marketplaces where companies can post scientific challenges and problems and have people working on that.  This is really, really kind of cool stuff that’s going on. Well, the same idea of sort of crowd sourcing can work inside of a company too, and we’re seeing more and more companies doing that. Particularly global companies that have people spread out around the world.  They’re using some of those mass collaboration tools to get people to be sharing across different silos. So to me, that’s one of the most really fascinating developments that are happening.  Most of the attention’s been on the outside stuff, but it’s going on inside companies, too.

Are they using software tools similar to open source to get that internal “We” collectively working?

Yes, they’re using Wikis.  They are definitely enabling it with technology.  There are even a few organizations using the whole idea of prediction markets inside of companies to get people to sort of offer their forecasts—and then they are pooling together sort of the wisdom of the crowd.  So those are two things that are being used.  Technology definitely plays a role, but in and of itself, it’s not sufficient because we do know that social relationships matter too when it comes to sharing of information.  So you have to make sure you have a sufficient amount of people rotating jobs and moving to different units so they’re building networks because the social network matters.

What would you encourage leaders to do tactically—starting later today—to gain improvement in their effectiveness as the result of practicing these techniques?

You know, I think one really good way to start is actually to take a look at a failure that took place in the organization.  Ask yourself, “Could we have seen it coming?  Is it pure 20/20 hindsight?  Were we just unlucky?  Or were there some signals we missed?  Why did we miss them?  Why did I miss them?  What am I doing that prevented me from seeing those issues?”  I think that sort of candid self-assessment is a great way to start.  It’s easy to just blame the senior people in the corporate office, the executive suite, but we all play a role in many of those situations.  So understanding why we might have missed it, that’s a great way to start, because then that lets you understand, “Okay, maybe which of those seven skills might be most useful to me in my role, my job?”

You know, I think the issue is that old-school way where you built a big report, you put it in a binder and it collected dust.  I think companies increasingly are realizing that the answer is not a big report.  The answer is three bullets. You know, really get it down to what are the couple of takeaways—and technology can play a role in helping to share those.  But the most important thing is boiling it down because it’s much easier to share it if you boil it down.  If you had a 100-page report, I don’t care if you post it on the Internet; no one is going to read it.

Exactly.  Time is too precious.  Michael, thank you so much.

Thank you very much.