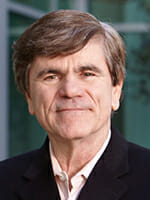 George Borst, CEO of Toyota Financial Services (TFS), was named the winner of the “Outstanding CEO Award” at our 2013 Women in Leadership Institute™. In September, he retired after 16 years at the helm of TFS. George recently shared what he has learned about leadership and employee engagement throughout the course of his career. In this post, the second of a two-part series, he talks about employee engagement. Read part one—on effective leadership—Ed.

Keeping employees engaged means enabling them to “see themselves in the room.”

For people to stay at an organization and feel engaged, they have to “see themselves in the room.” If you have bright young people who don’t see themselves at the top, they’ll punch their time cards and then move on—and that’s a shame. There are a couple of things you need to do to keep that from happening.

First, you need to identify the key people who, with a little mentoring, coaching or outside training, could be promoted quicker than most. Then you make the differential investment to get those people ready. The worst thing you can do is promote a diverse candidate who’s not ready. That sets the individual up to fail and it sets the organization’s diversity efforts back as the naysayers and skeptics say “I told you so.”

The second thing you need to do is take care of the people who have long-term potential. How do you keep them satisfied? The key is to identify who is really great versus who is average. Again, make a differential investment in the great ones so they can continue to move up. For those who are above average, offer them some of the opportunities to improve so they can move from above average to very good. You don’t necessarily need to promote this group to keep them happy—they need to earn it.

Find out what’s really going on at the front lines.

I started having ice cream socials where I would bring 15 people into a room and give them the freedom to speak “anonymously.” To make it work, I made up my mind never to appear insulted or offended. And I had a rule that the only person who could be quoted outside of that room was me. This really helped to promote a safe-to-speak-up environment.

I would also go to our call centers and hold focus groups by myself with the people who answer the phones. It’s amazing what you find out from the people who are doing the day-to-day work when you create a safe environment. HQ has great intentions when policies are created, but sometimes those don’t work out when the rubber meets the road. For example: the call center folks were evaluated on certain metrics—and one was whether they used the caller’s name six times in a conversation. That’s fine in a two- to three-minute call. But when it’s a simple inquiry, using the caller’s name six times within the 20-second call sounds unfriendly and forced—which completely defeats the purpose. Those moments make you realize that you really need to listen to what’s going on at the ground level.

BPGs are a tremendous resource.

Toyota does a great job with business partnering groups (BPGs) and they host a variety of events throughout the year. I still vividly recall the time I went to an African-American Collaborative (AAC) luncheon. The speaker had me spellbound and it was a huge “aha!” moment for me. Previously, I thought that these groups were more like clubs than working groups. But once I went, I realized how important they can be to the success of the organization.

Since then, I’ve encouraged BPG engagement from the top. The people that run the BPGs meet with key leaders to inform them of their objectives. We also dispel the notion that you have to have a certain background to join a BPG. In other words, you don’t need to be black to get involved with the African-American Collaborative. Anyone can learn a tremendous amount by going. We started with two BPGs in the organization and we now have nine, all of which work together collaboratively.

Show people it’s important to be present by being present.

The other lesson I learned from attending BPG events is that the simple act of showing up has a huge impact. I was stunned by the reaction of others to my being there. They were thrilled that someone at my level would go, and I was thanked time and again. Normally, no one ever thanks me for going to meetings! So I started talking about it. I didn’t mandate that people go, but I talked about the events I went to and what I learned. People think that if it’s important to the boss then maybe they should go, too.

Does your organization have employee resource groups like TFS’ BPGs? Do they get executive-level engagement? Share your experiences with us in the comments below.