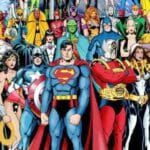 “If you could be any superhero in the world, who would you be?”

A freelance documentary producer and writer, Darren Garnick, wanted to teach his son Ari about politics. How do you make politics interesting to a kid? Superheros!  And so, Darren and his son set out to ask each of the U.S. Republician candidates about their favorite superhero.  You can view their final video on YouTube.

Ari and his dad’s work got us thinking about superheros, super powers, and, of course, leadership.  Every superhero has a few go-to powers or gadgets that help them save the city, the mayor, and the world.  And so it is with leaders—every leader has key powers and strengths that help them save the day, but what are they?  We propose starting the list with the following 6 SuperLeader Powers.

1. Super Hearing—How many times was Lois Lane saved by the amazing hearing of Superman?  SuperLeaders don’t have to be able to hear gossip at the other end of the hall, but they do know how to really listen to their people—what are their people saying and what are they not saying?  In leadership development, we call this superpower Active Listening—and it’s like X-ray Vision, but with your ears.

2. Super Chill—No, not like the Penguin’s Freeze.  Every superhero gets into tight spots under extreme pressure, but they always come out on top to save the day. Superheros and SuperLeaders remain cool, calm, and in control of tense situations because they do not let their emotions get the best of them. Sometimes you will hear whispers of this superpower on the streets, they call it: Emotional Intelligence.

3. They cast a web—like Spiderman’s net that held bad guys in place until the police came, great leaders cast their own sticky net.  But, unlike Spiderman, SuperLeaders fill their nets with good people from all aspects of their lives.  They know everyone in their net and can remember conversations, interests, and details about all of them.  Among elite SuperLeader circles, this honored super power is referred to simply as networking and it requires a mastery of giving and receiving from its members.

5. Super Team…work—The Fanastic Four…The Justice League…The Incredibles…what do they all have in common? Teamwork.  SuperLeaders know how to collaborate—they understand that a group of different people with different strengths is always better than a team of one.

6. Have a Super Support Team—every superhero has a support team that they can count on (what would Batman have done without Alfred?). SuperLeaders stock their teams full of people who are smarter than they are—people who help them to grow.  Sometimes these support teams don tights and masks (a la Batman’s Robin) and sometimes they quietly man the cave and ensure everything goes to plan (a la Alfred).  A very important note to add, Superheros and SuperLeaders know to appreciate their support staff (in almost every adventure Batman thanks Alfred for his work).

A Warning—Just as Superman has Kryptonite, so do SuperLeaders. Sometimes SuperLeaders can fall pray towards “the superhero complex.”  They can become over focused on the strength of their own skills. The best SuperLeaders learn that their skills are only valuable if the skills of those around them also grow.  At some point Superman goes home or Batman must retire—who will be the next generation to take up the cause and protect the world?  SuperLeaders need to prepare others to lead the charge and, in doing so, they will find their own leadership powers increase.

There are so many SuperLeader Powers to choose from, what do you think we should add to our list?